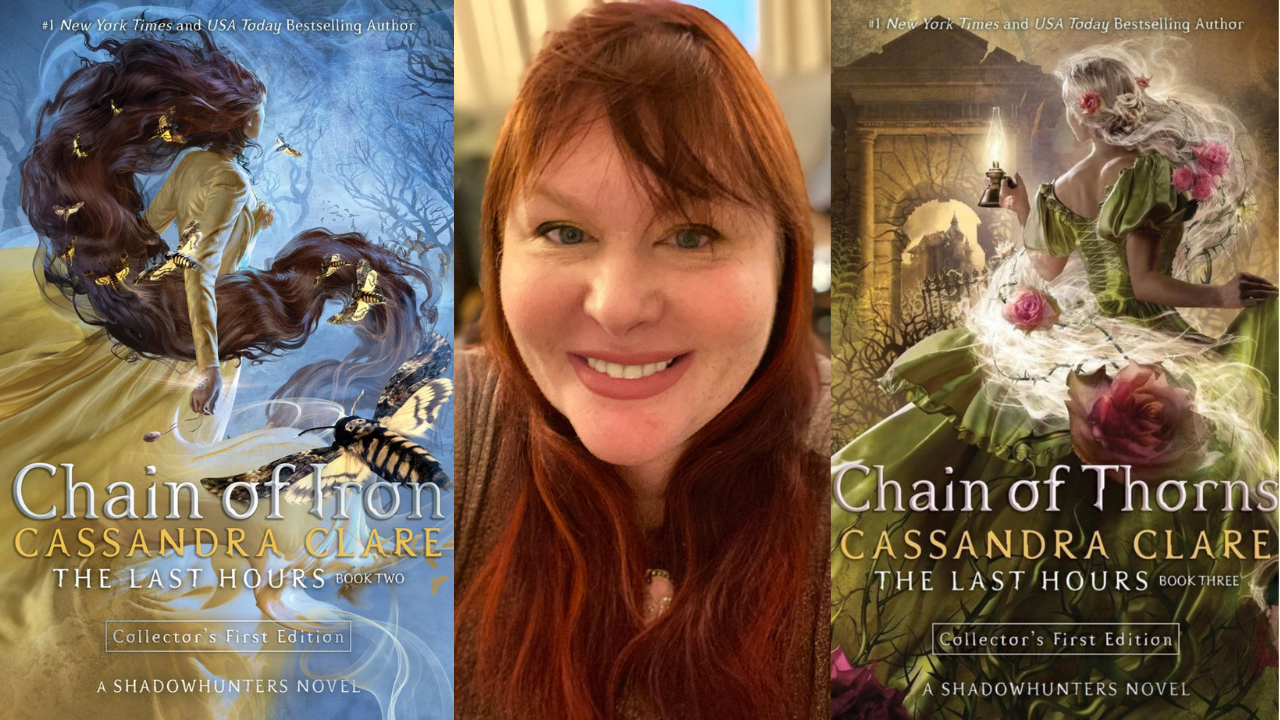 This talk has been postponed – stay tuned for the new date.

If you already registered, you will receive an email with an updated Zoom link when the new date is announced.

Join us for an exciting online discussion on Tuesday, February 28 with mega-bestselling author, Cassandra Clare, about the final book in The Last Hours series, Chain of Thorns.

This talk will be hosted through Zoom. In addition to enjoying the talk, you'll have the opportunity to participate in a Q&A with the author and may submit questions while registering.

Cassandra Clare was born to American parents in Teheran, Iran and spent much of her childhood traveling the world with her family, including one trek through the Himalayas as a toddler where she spent a month living in her father’s backpack. She lived in France, England and Switzerland before she was ten years old. After college, Cassie lived in Los Angeles and New York, working at various entertainment magazines and even some rather suspect tabloids where she reported on Brad and Angelina’s world travels and Britney Spears’ wardrobe malfunctions. She started working on her YA novel, City of Bones, in 2004, inspired by the urban landscape of Manhattan. City of Bones became and led to numerous instant #1 New York Times and USA Today bestsellers, including but not limited to the rest of The Mortal Instruments series, The Infernal Devices series, and The Last Hours series.