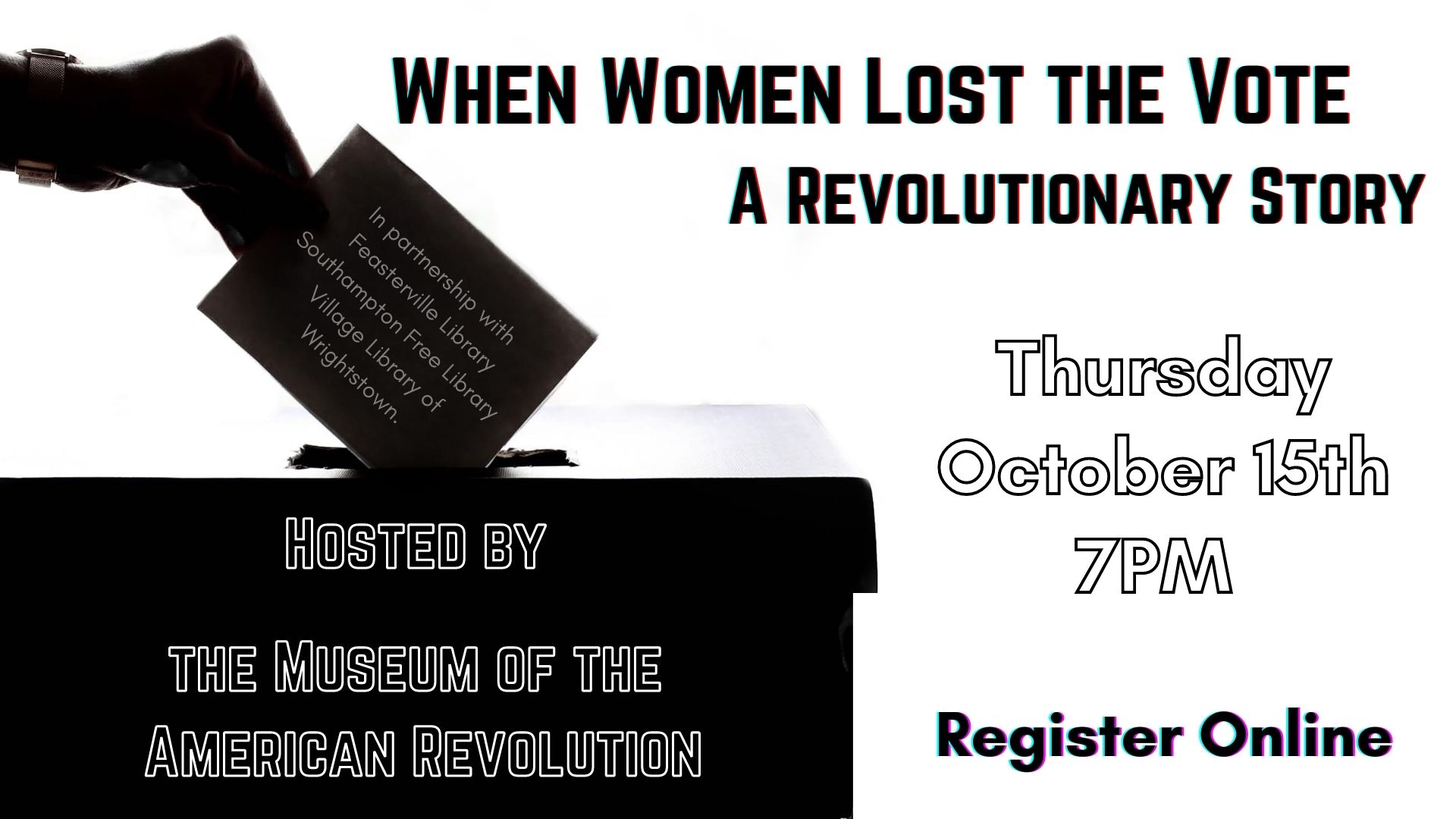 Millions of American women were granted the right to vote with the ratification of the 19th Amendment in 1920, which marks its centennial this year. But did you know that more than a century earlier, women legally held the right to vote in New Jersey from 1776–1807?

In a groundbreaking new exhibition, the Museum of the American Revolution will explore the little-known history of the nation’s first women voters—and examine the political conflicts that led to their voting rights being stripped away in 1807. Featuring original objects including textiles, works of art, and newly-discovered poll lists highlighting women voters from the period, the exhibition will bring to life the forgotten stories of the women who first pioneered the vote and became role models for women's suffragists two generations later.

When Women Lost the Vote is an inspiring story that will encourage visitors to reconsider their understanding of the timeline of women’s history in America, but it is also a cautionary tale about one of America’s first voting rights crises.

Join us for this virtual experience as we hear about this time in history and tour the new exhibit. Q&A will follow the talk and tour.

Register via the Township Library of Lower Southampton posting to receive the link to this virtual presentation: https://bit.ly/2QYaXTT