The Dogs of Chernobyl: 35 Years After the Nuclear Reactor Accident, My Story 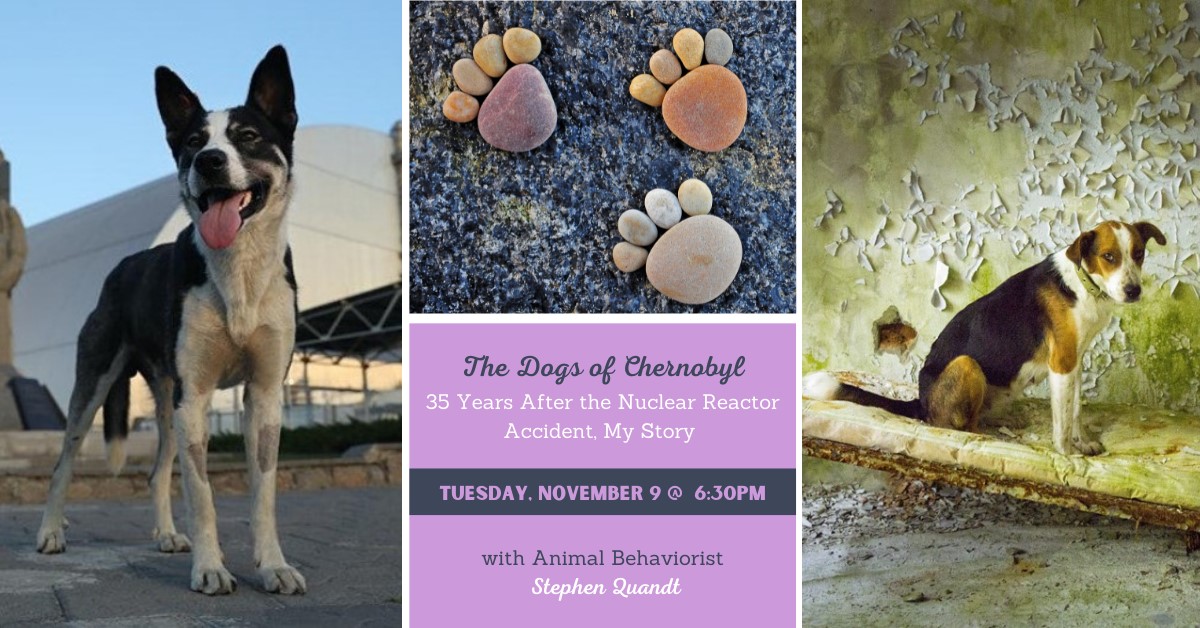 Presented by the Free Library of Lower Southampton, Feasterville

Join Animal Behaviorist Stephen Quandt for a presentation about the dogs that descended from the pet dogs left behind after the Chernobyl nuclear accident of 1986. It features his photos and videos from the abandoned towns of Pripyat and Chernobyl City in the exclusion zone around the plant where he participated in a spay/neuter and research campaign. This rare look at Chernobyl and the dogs (as well as some people) who continue to live there is at times scary, poignant, and in the end - hopeful. It is a story of resilience, hope, life, and even heroism in unexpected ways.

Stephen was originally a theatrical lighting designer who began working with cats in 2002, including many years professionally with the ASPCA based out of New York City and around the country on disaster and cruelty cases. Most recently he works as a feline behavior specialist for the Animal Care Centers of New York City, a not-for-profit contracted by the City of New York to provide animal and community related services to the residents of New York City. Stephen is now also in private practice as a feline behaviorist who specializes in a compassionate, educational and affordable approach to cat behavior. He and his husband share their home with their two cats, Jenny, a happy-go-lucky, blind-from-birth girl and her bestie, Cricket!